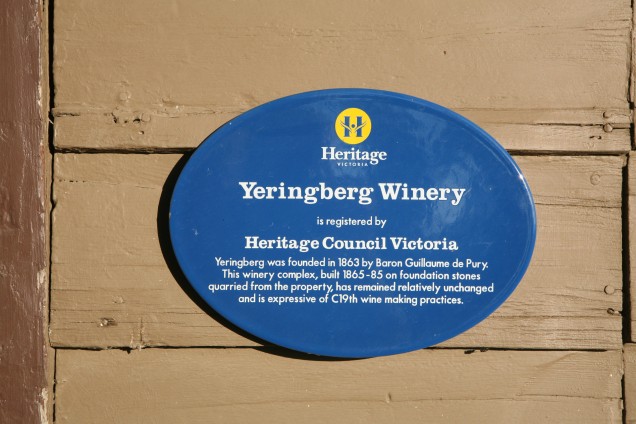 Yeringberg is one of the oldest family owned wineries in Australia.  Despite a tiny production of 1,500 cases each year, it has a long reputation for wines of elegance, finesse and longevity from Yarra Valley. Still run by the de Pury family, it was first established in 1863 by Swiss great-grandfather, Baron Frederic Guillaume de Pury, who produced such beautiful wines that won gold medals in London, Paris, Bordeaux, Calcutta and San Francisco until 1921. In that year, having faced with several unsold vintages, all the vines were pulled out. Since then, the family focused mainly on livestock farming until third generation de Pury, Guill, replanted vines on the original vineyards slopes and reinstated the estate to its former glory. Guill now makes each vintage with his younger daughter, Sandra, a trained chef and winemaker. His son, David, currently manages all the viticulture and farming.