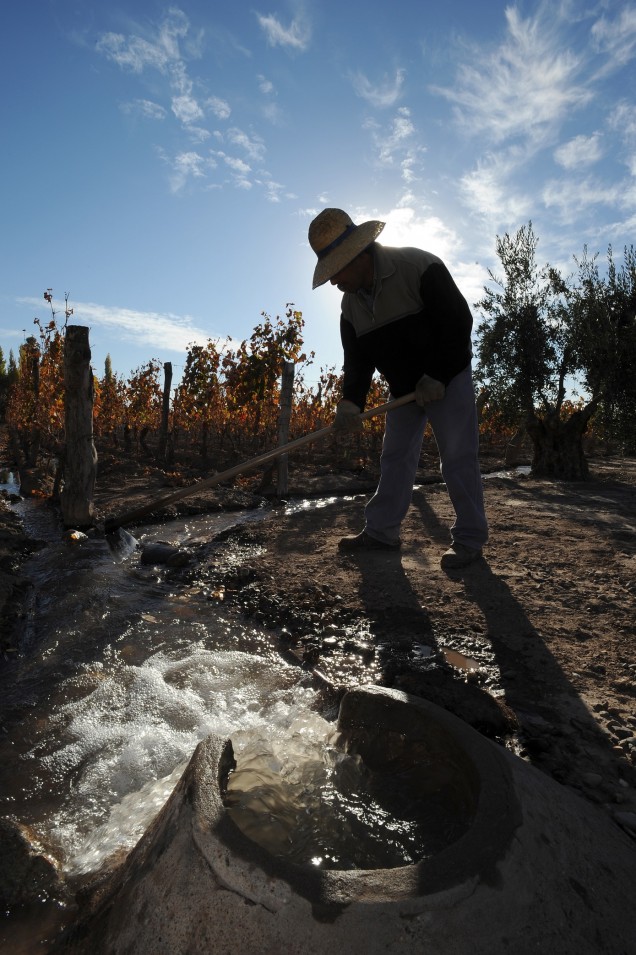 Tomero Wines is about expressing classic Argentine varietal character while staying true to its terroir. Most of the varietals are sourced from the high-elevation vineyards in Valle de Uco, 130km south-east from Mendoza. These vineyards, originally found by Antonio Pulenta, have flourished greatly throughout the years. Due to its location, the old age vines and the fruit quality, it has become a valuable asset to the winery. Today, the winery is run by Carlos Pulenta, second-generation winemaker and often considered the Robert Parker of wine-making in Argentina. He also runs Bodega Vistalba Vineyard and Winery.

What is Tomero? The Tomero is an old profession that began in 1883. They administer the natural irrigation for agriculture in Argentina – their role is to open and close the “Toma de Agua” (Water Intake Channel) of each plot of land, in this case, of each winery estate. These craftsmen have perfected the art of channeling water from the Andes range throughout the generations; today, the secrets of the trade are only passed down from father to son.